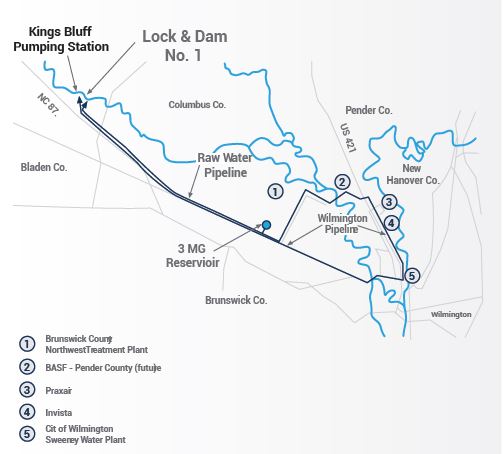 In 2015, three North Carolina water utilities—Cape Fear Public Utility Authority (CFPUA), Lower Cape Fear Water & Sewer Authority (LCFWASA), and Brunswick County—prepared a raw water supply analysis that found that raw water demands in southeastern North Carolina would increase by 190% over the ensuing four decades, driven by population growth. Projections also indicated that the supply capacity of LCFWASA’s Kings Bluff Raw Water Facilities, which serves local governments and industry across five counties, would most likely be surpassed by 2025. It was clear that infrastructure improvements were needed to both meet this imminent demand and secure more water availability to support the region’s growth into the future.

In response, CFPUA, LCFWASA, and Brunswick County joined together on a regional effort to expand the Kings Bluff raw water system. The result was a $37.3 million project that featured the construction of a 14-mile, 54-inch diameter steel raw water transmission main, one of southeastern North Carolina’s largest and longest. Financed through a cost-sharing agreement between the three agencies, the new pipeline runs parallel to an existing 48-inch pipeline installed in 1984 and includes three tie-ins that interconnect the two pipelines. 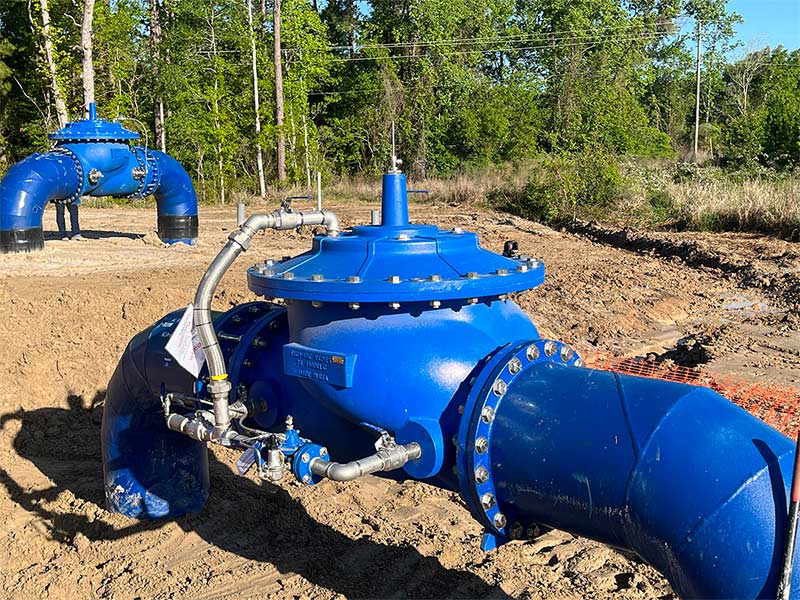 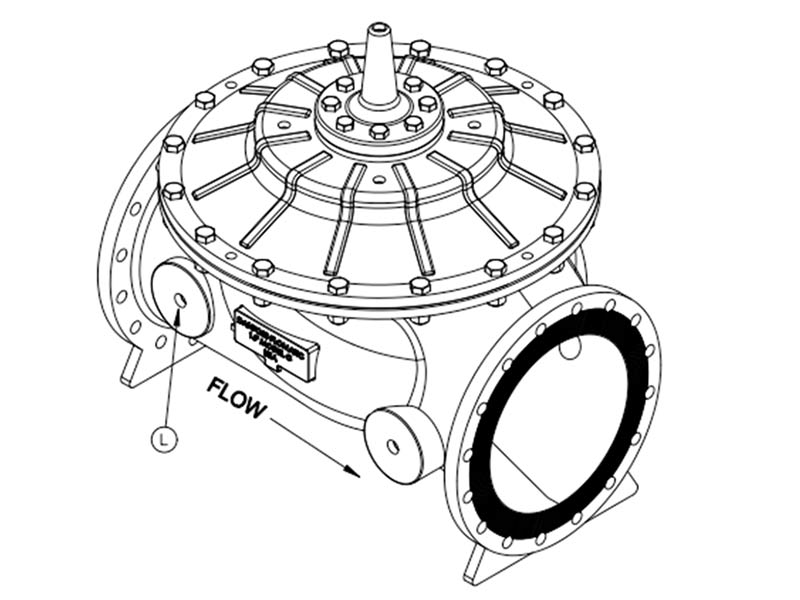 The team determined that the 30-inch pressure reducing valve would incorporate an outlet pressure of 104 PSI, a current flow rate of 40 MGD, and a future max flow capacity of 45 MGD.

Separately, the globe style 24-inch pressure reducing valve installed on one of the interconnects between the existing and new pipelines, had to be strong enough to protect the portion of pipeline within the Cape Fear watershed. This portion traversing the Lower Cape Fear watershed historically has the potential for high inlet pressure (a strong consideration when choosing the correct valve for an application).

Because the 24-inch valve is intended for specific use, it was determined that the outlet pressure be set to 100 PSI and an expected flow rate of 10 MGD. The two valves were installed above ground in a heated enclosure to protect the pipeline and valves from colder temperatures during the winter season. Additionally, due to the proximity of the coastline and the potential for exposure to warm salt water, all valve hardware used consisted of corrosion resistant 316 stainless steel components. Both automatic control valves met American Iron and Steel (AIS) requirements.

“The modernization and development of the Kings Bluff 54-inch raw water main parallel to the original pipeline is a significant moment for LCFWASA, Brunswick County, and CFPUA counties.

The completion of this project is tremendously exciting because it means that we have economic flexibility and can meet capacity that doesn’t hinder residential growth along the coastlines of Southeastern North Carolina”.

The opportunity to be part of the team that facilitated completion of this critical raw water capacity expansion project is rewarding and a testament to Flomatic’s capability, and commitment as a key partner in municipal projects. From specification and selection to on-time delivery and on-site commissioning of Model C101 pressure reducing control valves, Flomatic provided engineering & technical support that is synonymous with the superior performance and value of our valve products.

Providing a foundation of trust, reliability, and innovation for engineers worldwide, Flomatic Valves has built a revolutionary path of manufacturing success in the water and wastewater industry for 90 years. Flomatic’s valve solutions are engineered for superior performance and built with the strength and reliability to last. No application is too challenging for Flomatic Valves. 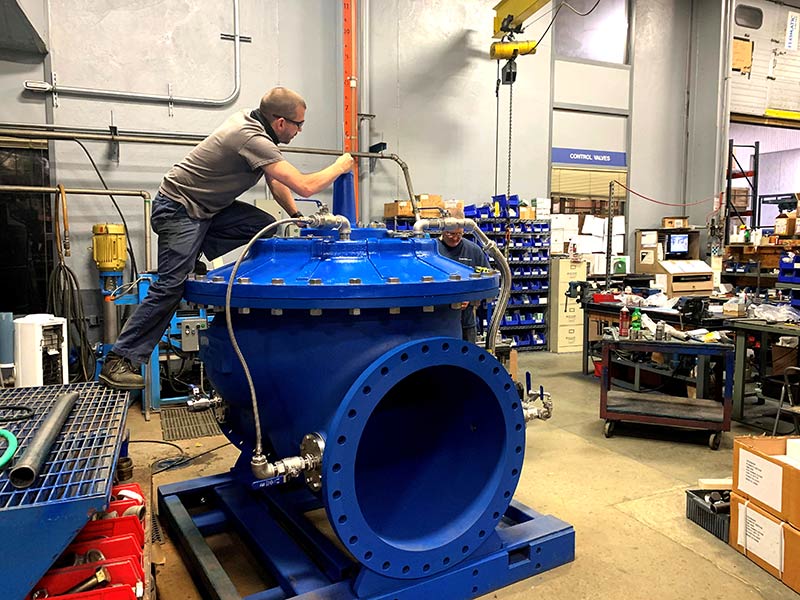 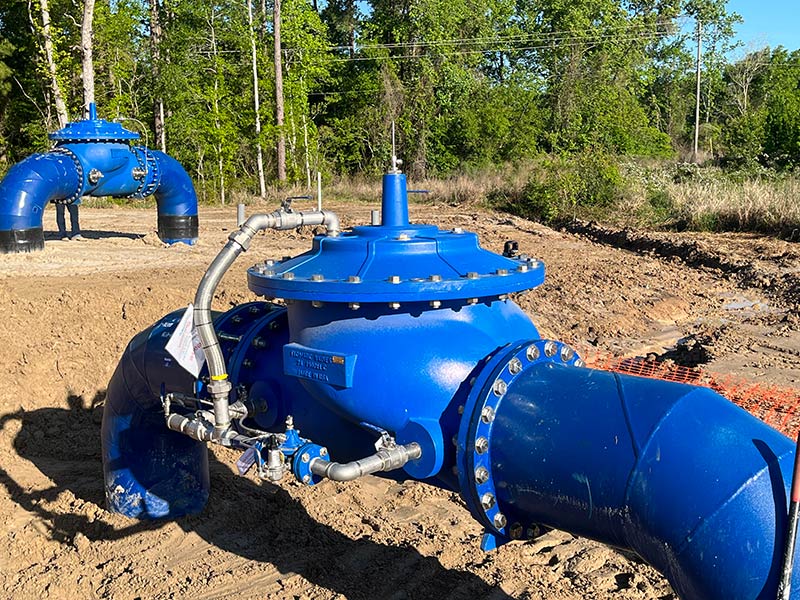 We are ready to partner